If you’ve got an old phone that you want to get rid of, the last thing you want is it ending up in landfill.

Modern phones are full of materials such as plastic and glass, which do not break down in landfill. They’re also full of rare earth metals, which take a lot of carbon emissions to produce, and can be recycled.

In this guide, we’ve explained what to do with an old phone, to prevent it from ending up in landfill.

We’ve included some options that will enable your phone to be reused by someone else if it’s working, as well as some options to recycle old, broken phones.

1. Trade in your phone

If your phone is still working, and is less than five years old, it may still be quite valuable.

You can trade in your phone with most major smartphone retailers, including the big four networks, using their website, or by visiting a store in-person. For example, if you type in your phone model on Carphone Warehouse, they’ll tell you how much it’s worth.

It’s important to note that if your phone is damaged, for example as a result of a cracked screen, this could reduce its trade in value a bit. However, for the majority of people with old, working phones, that aren’t too old, it’s definitely worth looking into the phone’s trade-in value.

Another option to get rid of an old, working phone is to sell it, rather than trading it in.

To do this, you can either:

Just remember, ensure to completely wipe your phone’s memory before you get rid of it – especially if you sell it to someone else. You can normally do this in the settings app. Also, be sure to remove any memory cards that you’ve put in the device, if your phone has an external memory card slot.

3. Donate it to a friend or family member 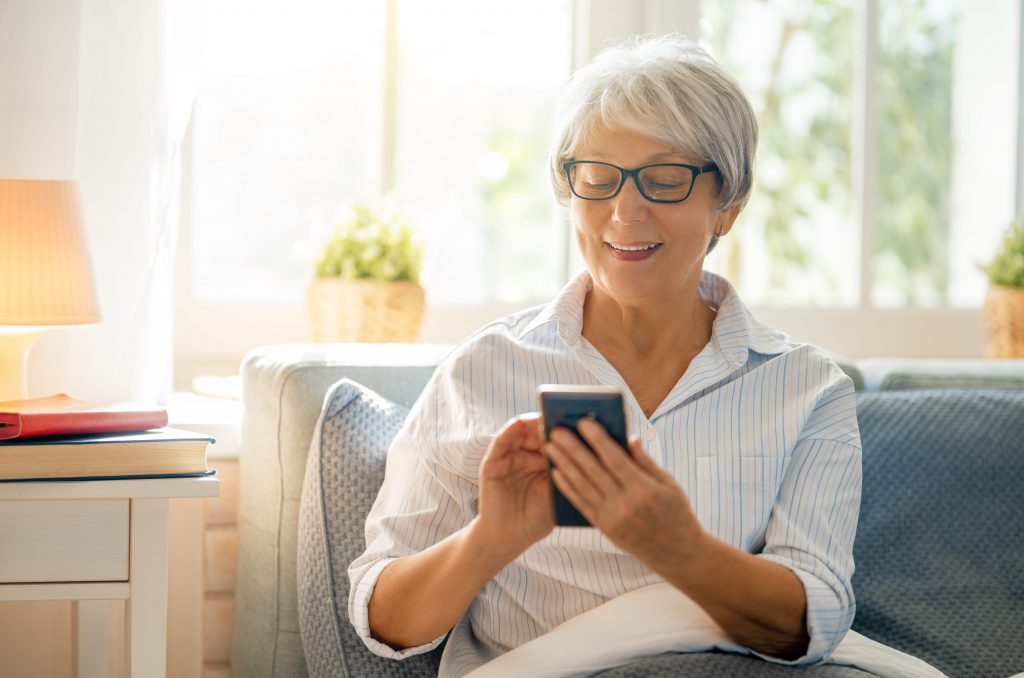 Even if your phone is quite old, and you don’t want to sell it, your phone might still be quite valuable in the right hands.

For example, if you have an elderly relative, they might be able to use the phone for its basic functionality, such as making calls and sending texts. They might not need a top-of-the-range smartphone to get a lot of value out of the device.

Some people also might like to have a second phone, for example, to use when travelling overseas, with a foreign SIM card.

4. Donate it to charity

Many charities in the UK take old mobile phones off your hands. For example, Little Lives, a British children’s charity, accept smartphone donations – they distribute the handsets to those who need them, such as refugee families. You can print off a pre-paid postage label on their website, and send your phone to them in the post, free of charge.

Most not-for-profits will refurbish the phones before passing them along, so it’s not essential that your smartphone is in perfect condition. You can also donate broken phones to some charities, such as Oxfam – in this case, they’ll be sold to recycling companies, who will take the phones apart for their components and raw materials.

If possible, we highly recommend donating your phone to charity, rather than recycling it directly. Even if your phone is almost completely destroyed, most charities will be able to get some money out of it, by selling it on to a recycler themselves.

However, if your phone is unusable, and you can’t find a charity that accepts phones in this state, you can also recycle your phone at a few different places, such as:

From these locations, your phone will eventually make its way to a tech recycling company. Here’s a video showing a bit about how the process works:

Essentially, the phone is first examined, to see if it can be refurbished. If it can be fixed, the phone will eventually be sold on the second-hand market.

If the phone is beyond repair, it gets crushed, and is then separated out into its individual components by recycling machines.

Gold and silver are the most valuable materials found in most smartphones, but recycling companies will also extract rare earth metals, such as neodymium and gallium, metals such as nickel and copper, as well as other materials like plastic and glass.

This is the end of our guide explaining how to reuse or recycle your old smartphone, and prevent it from ending up in landfill.

Do you have any questions about the smartphone recycling process, or what to do with an old phone? Leave us a comment below.

Also, if you’re buying a new phone, be sure to compare smartphone deals using our comparison engine. When you buy a new phone, we’ll plant a tree, to help offset the carbon emissions involved in making the handset.