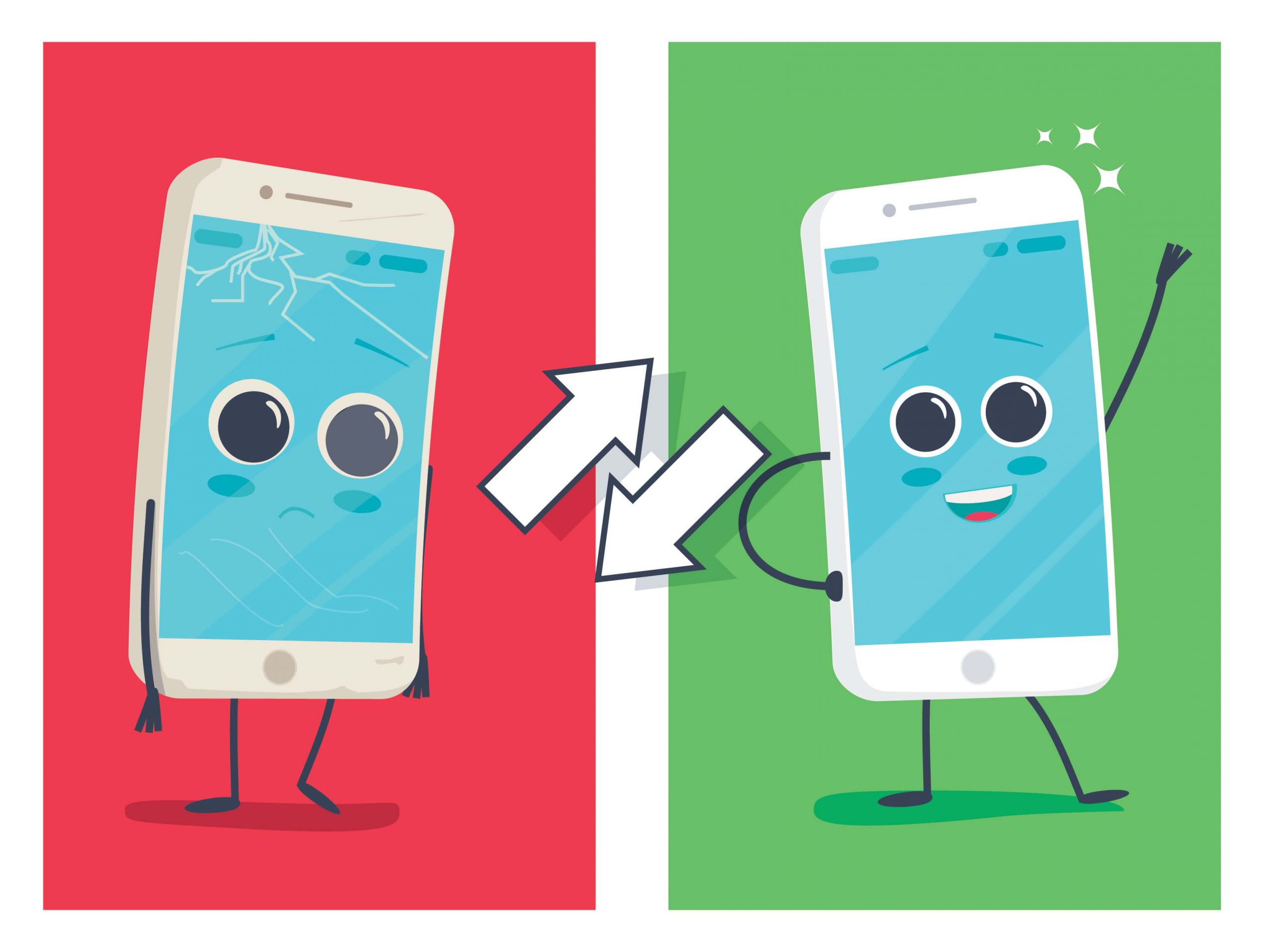 The process of making a smartphone produces a massive amount of carbon emissions.

Smartphones aren’t just made of plastic and glass – they also contain a variety of different rare earth metals, as well as other elements such as cobalt and lithium.

These materials must be mined from the ground and then processed, which is a very carbon-intensive process. And once manufactured, smartphones are very difficult to recycle – they must be broken down into their individual materials again, which takes a lot of resources to achieve.

If you desperately need a new smartphone, but are worried about your carbon footprint, there are some steps you can take to make your purchase more environmentally sustainable.

1. Consider whether you really need a new phone

The most sustainable decision you can make is to keep using your current phone, provided it’s still in good working order.

If your phone was made in the last five years, by upgrading it, you’re mostly going to be seeing only relatively small improvements in performance. For example, you might get a better camera, or a higher screen refresh rate, making scrolling appear a bit smoother.

If your phone is quite old however, the latest tech will feel like quite a step up, which might be why you’re looking at buying a new phone. With a newer handset, you’ll likely get the ability to use 5G internet speeds, and your new phone will likely be water and dustproof, which can prove quite useful.

It might also be that your current phone is broken – it might have a cracked screen, or the battery might not be holding charge, for example. In this case, you could consider taking it to a local repair shop to get fixed. 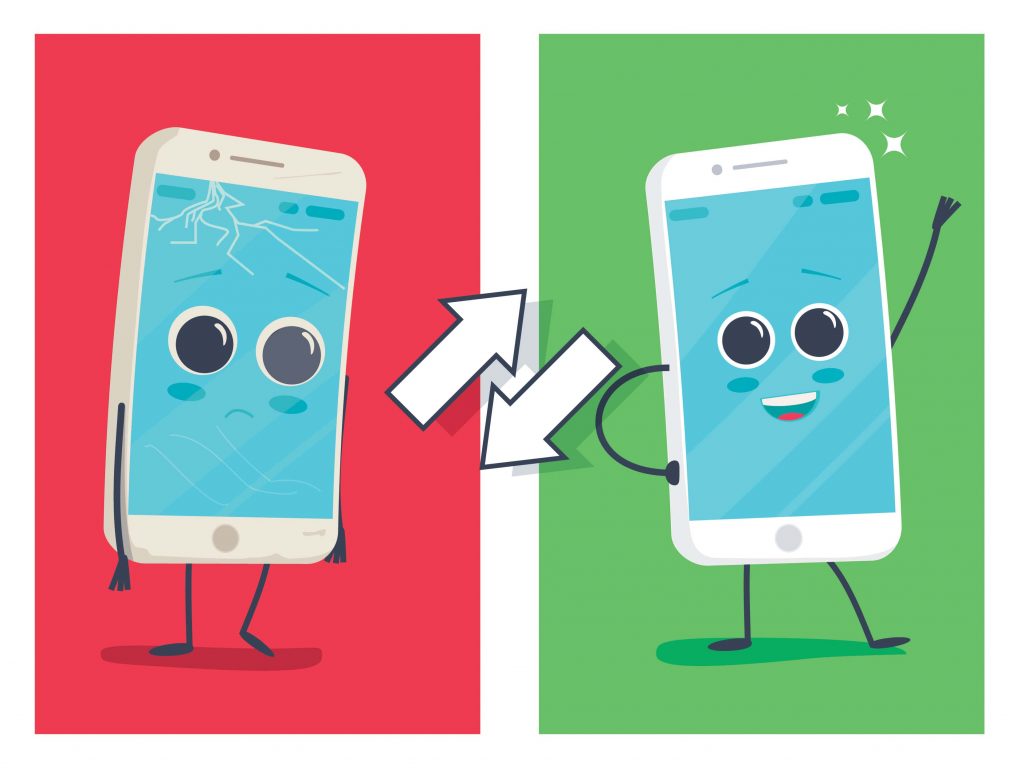 If your current phone has well and truly had it, you could consider buying a refurbished one to replace it, rather than a brand new phone.

In the UK at least, there is a huge second-hand phone market. People often trade in their old phones when upgrading – these handsets then have their data wiped clean, and are repaired if necessary, before being re-sold to consumers.

In a lot of cases, buying a refurbished smartphone is a great idea – it allows you to get a better phone for your money, and you’ll still get a warranty (typically 12 months) when buying from most resellers. It won’t come with the original box, but you will get a charger and a charging cable most of the time.

Ultimately, if you need a new phone and want to reduce your carbon footprint, buying a refurbished device is a fantastic choice.

If you want a brand new smartphone rather than a refurbished one, there are one or two smaller companies out there that build smartphones in a more sustainable way than the major manufacturers.

For example, Fairphone produces a device that looks and feels quite similar to a Google Pixel handset. It’s 5G compatible, includes a 48MP main camera, can shoot 4K video, and feels very fast to use. As well as having quite good specs, the Fairphone is made of recycled materials, and the device is very easy to repair, making it a much more sustainable choice than nearly any other phone on the market.

Of course, there are downsides to these types of handsets. Their specs are not as good as new flagship smartphones sold by the major brands, and you normally need to buy them outright from the manufacturer – you can’t get them on a pay monthly plan, like most other phones.

However, if you want a sustainable smartphone, companies like Fairphone do a great job at reducing the environmental impact involved in producing these devices.

4. Use our comparison engine

Here at Green Smartphones, we compare smartphone deals from major networks and resellers in the UK. And when you buy a new smartphone, we plant a tree, helping to offset some of the carbon emissions released during its production.

We also donate 10% of our profits to a woodland restoration and preservation organisation, helping to offset even more carbon emissions.

While the emissions involved in producing a new smartphone are difficult to avoid, by using our service, you can help to reduce your carbon footprint at least a little bit when buying a new handset.

5. Ensure to reuse or recycle your old phone 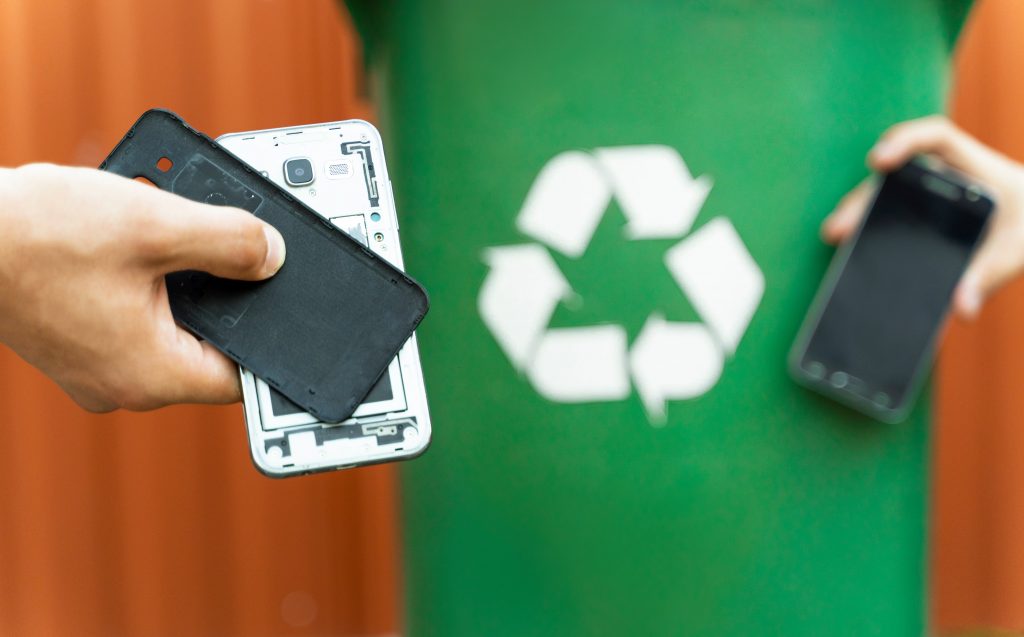 If you do decide to get a new phone, it’s important that you take steps to prevent your old one from ending up in landfill.

There are lots of ways to reuse or recycle an old phone, rather than leaving it unused in a drawer somewhere.

It’s important to remember, the main environmental issue involved in buying a new phone is the carbon emissions released when producing the device. They are very rarely made of recycled materials.

If you’re concerned about your carbon footprint, you want to avoid buying a new phone as much as possible. Instead, it’s a great idea to buy a refurbished device to give an existing phone a new lease on life.

There are companies out there that make more sustainable smartphones, but their performance might not meet your needs, especially if you’re used to the latest tech. If you do need to buy a new phone, try to find one that’s likely to last a long time, and is easy to repair. We generally tend to recommend Android phones rather than Apple handsets for this reason.

Have any questions about shopping for a smartphone more sustainably? Feel free to leave a comment below, and we’ll respond as soon as we can.